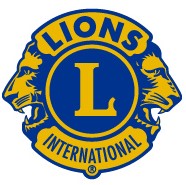 BURNETT, William “Bill” - It is with heavy hearts that the family of William “Bill” Burnett of Ingersoll, announce his passing on Friday, November 13th, 2020 at the Woodstock Hospital, in his 78th year. Beloved husband of Carolyn Burnett (nee Hutchinson) for over 57 years. Loving father of Heather (Jeff) Irwin, Teresa (Jason) Graham, and Catherine (Shawn) Kaye. Cherished grandpa of nine grandchildren. Dear brother of Elaine (Guy) Cook, Mary (Ken) Willms, Alistar (Karen) Burnett, Marlene (Judy) Burnett.  Also survived by several nieces, nephews, and extended family.  Bill was very involved in his community. He was the past President of McFarlan Rowlands Insurance Company, was a board member of the Westminster United Church. A member of King Solomon’s Lodge # 394 A.F. & A.M., past President of the Thamesford Lions Club. One of Bill’s favourite passions was golf. He avidly played golf and was a long-time member of the Ingersoll Golf and Country Club. He and his friends made the “Masters” pilgrimage every year to watch and enjoy this great game. It’s only fitting that Bill passed when the Master’s is on. It seems he’s only gone to watch the game with those friends that have gone before him.  A private time of remembrance will be held by the family at Brock and Visser Funeral Home, Thamesford, 519-285-2427. A public celebration of life will be held later. If desired, memorial contributions to the Parkinson Society would be appreciated. Expressions of love and sympathy may be given at www.brockandvisser.com

To send flowers to the family or plant a tree in memory of William "Bill" Burnett, please visit our floral store.

You can still show your support by sending flowers directly to the family, or by planting a memorial tree in the memory of William "Bill" Burnett